Laurel and Jack demonstrate spherical geometry on the blackboard sphere

Charlotte sets up to present an epic proof

Eugene gives an impromptu concert in the dorm living room

AI Nate presents at the start of our mandatory volcano drill

We will meet under this sign! Or is it a performance of Y-M-C-A?

Michael carrying Shashank down the dorm hallway... ...why?!

Apparently sarah-marie and Charlotte were having an accidental meeting of the Purple Club...

Constantin takes a nap in a tree (really!)

No caption could adequately describe this picture.

In trying to take a goofy group photo...

...we ended up falling all over the place instead.

A typical MathILy class: the instructor (AI Hannah) is observing from the back (and a slice of her is shown at left).

Everyone at the board in a typical Branch class meeting

That was some seriously good mac-n-cheese. We had to take a pile home from dinner.

Even writing up problem solutions is fun, at MathILy!

Or were Constantin and Yiting just posing for the camera?

Now they are definitely posing for the camera...

Ballroom dance class taught by student Natasha, in the dance studio inside our dorm!

Don't be fooled by that birthday cake---what Eugene really wanted was the birthday pie nearby.

Walking to lunch from morning class 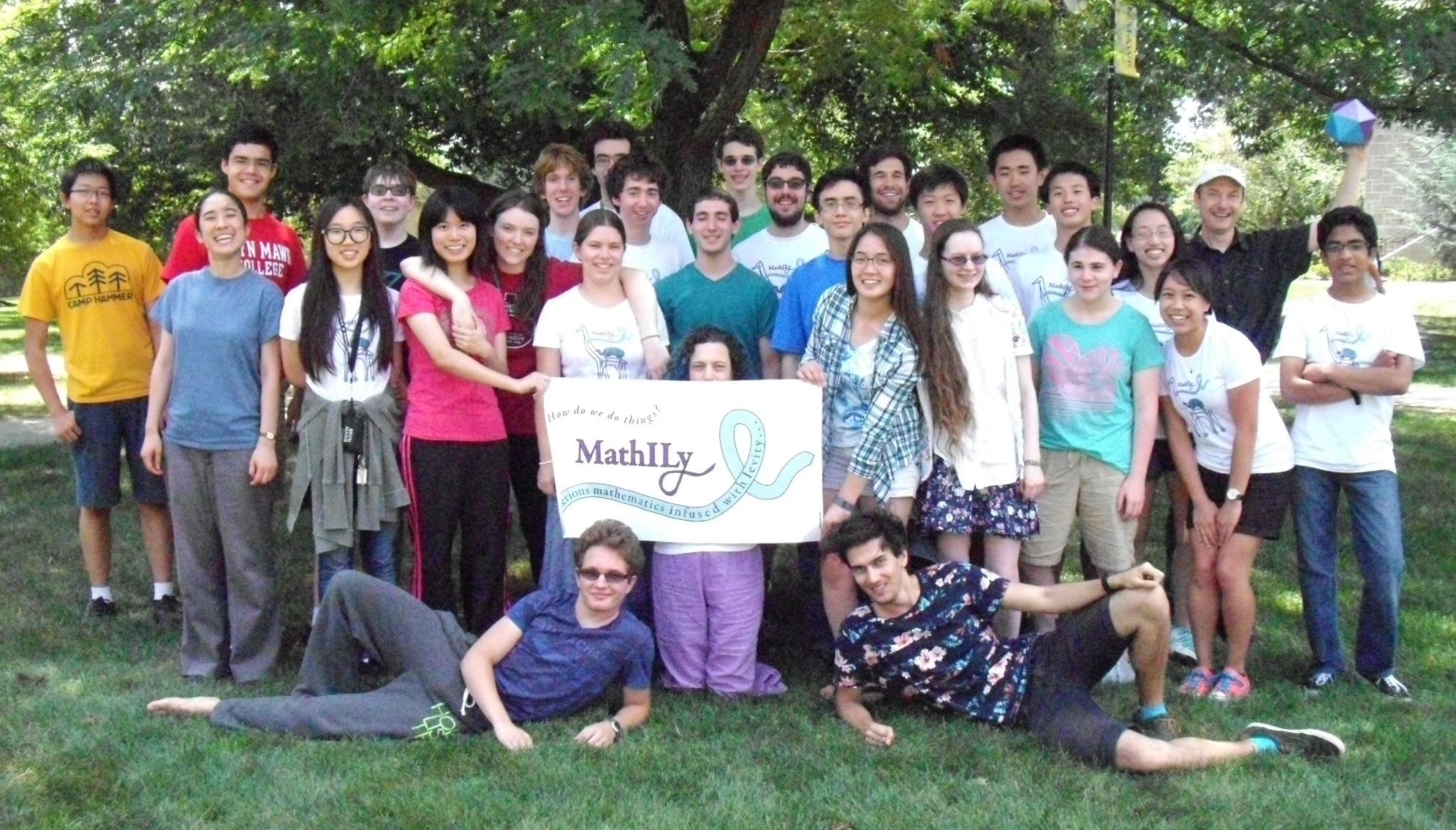 MathILy 2015 being as normal as possible