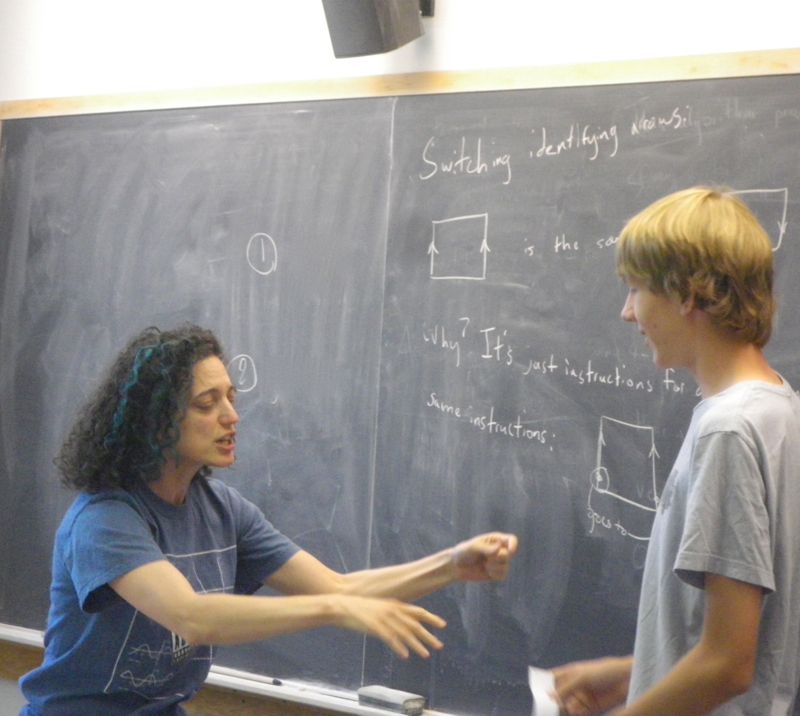 Who are the people that make MathILy happen?

Mostly it's students (perhaps you?), but there are also instructors (former instructors here, and for current instructors see just a bit below).
We are assisted by the members of our Advisory Amalgam.
The program itself is a project of the nonprofit organization Mathematical Staircase, Inc. which has a board of directors.

dr. sarah-marie belcastro, MathILy director and Lead Instructor ()
sarah-marie earned her Ph.D. in mathematics from the University of Michigan in 1997 after majoring in mathematics and astronomy at Haverford College. Among her research areas, she is most passionate about topological graph theory. sarah-marie has been faculty at several institutions, ranging from small colleges to large universities, and she's been a major believer in discovery-based learning since her teacher training at Michigan. In addition to teaching at the college level, sarah-marie teaches enrichment classes at the Art of Problem Solving. sarah-marie taught as a senior staff member at the Hampshire College Summer Studies in Mathematics for 11 summers and co-directed that program for 4 summers. In summer 2012, she created and taught Mathematics Triple classes for UMass-Amherst; she is the inaugural director of MathILy and has taught there since 2013. She wrote the introductory textbook Discrete Mathematics with Ducks, which has much of the same tone students will find at MathILy. Outside of a global pandemic, you might run into sarah-marie at HMMT or ARML (Penn State). 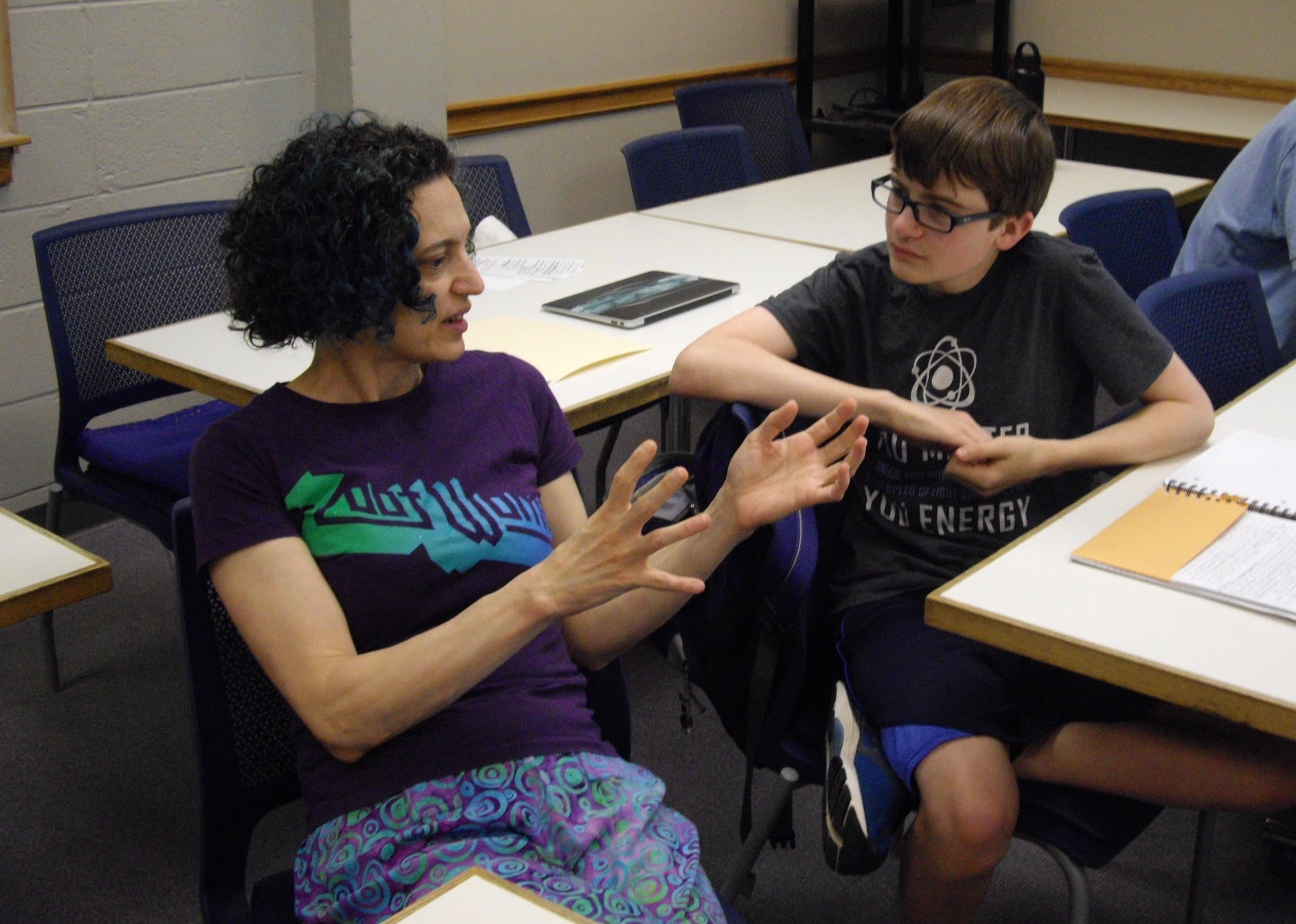 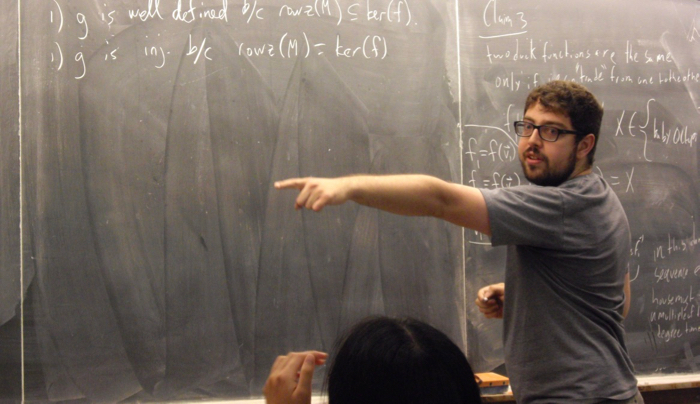 Dr. Brian Freidin, Lead Instructor
Brian earned his Ph.D. from Brown University studying differential geometry and is now a faculty member at Auburn University. He did research as an undergraduate at the University of Illinois through the Geometry Lab and the Center for Complex Systems Research. He has taught at the Hampshire College Summer Studies in Mathematics and MathILys 2015--2020.

Dr. Hannah Alpert, Lead Instructor
Hannah earned her Ph.D. from MIT in 2016 and is now a tenure-track faculty member at Auburn University. She is currently working in geometry and authored/co-authored 6 mathematical research papers before starting graduate school. Hannah has taught at MathPath and at Mathcamp and at the Boston Math Circle and at every instance of MathILy; she used to describe her preferred mode of teaching as 'chaos,' but has since edited that description to 'real-time feedback,' realizing that actually she hates chaos. 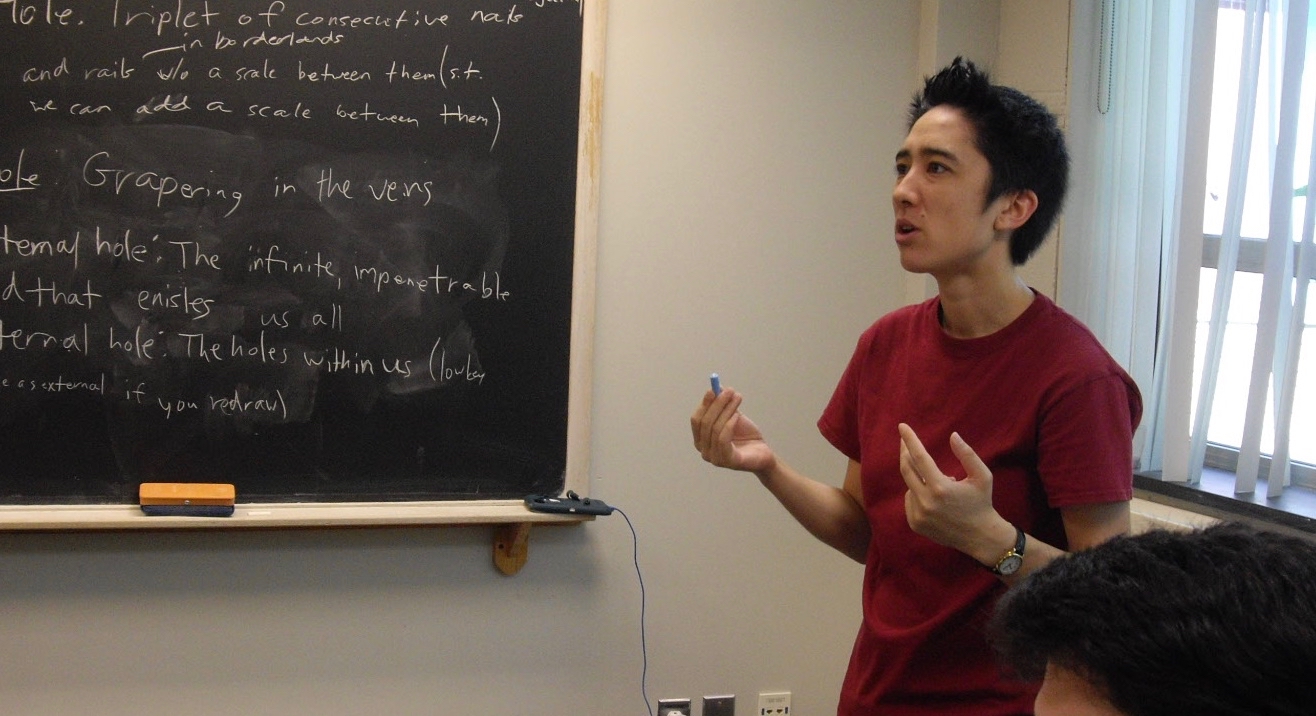 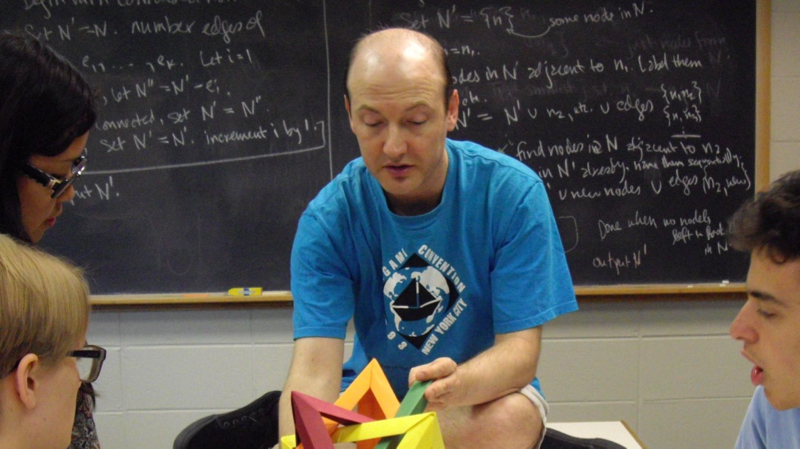 Dr. Thomas Hull, Lead Instructor
Tom earned his Ph.D. in mathematics in 1997 and specializes in the mathematics of origami, which has applications ranging from solar panels to automobile airbags to self-assembling polymers. He has earned tenure at one college and one university (so far) and has used more and more inquiry-based learning in college classes as he has advanced in his career. Tom taught at the Hampshire College Summer Studies in Mathematics for 15 summers, and at MathILys 2013--20.

Dr. Max Engelstein, Lead Instructor
Max is a tenure-track professor at the University of Minnesota. Previously he was an NSF postdoc at MIT, where he supervised a couple of former MathILy participants. He thinks about the interplay between harmonic analysis, geometric measure theory, the calculus of variations, and PDEs. Max has taught at the Hampshire College Summer Studies in Mathematics and at MathILys 2013, 2015, 2019, and 2020. 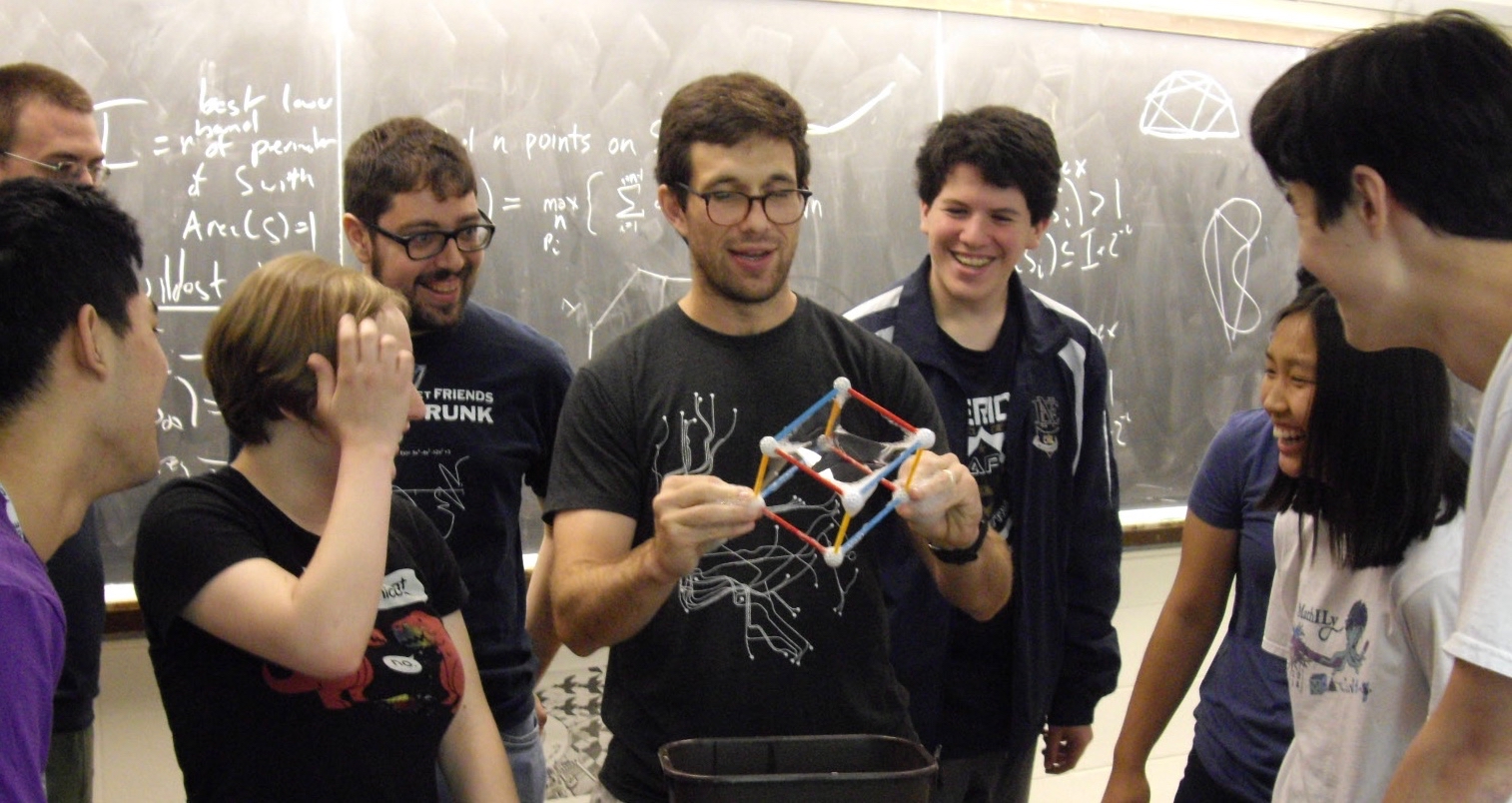 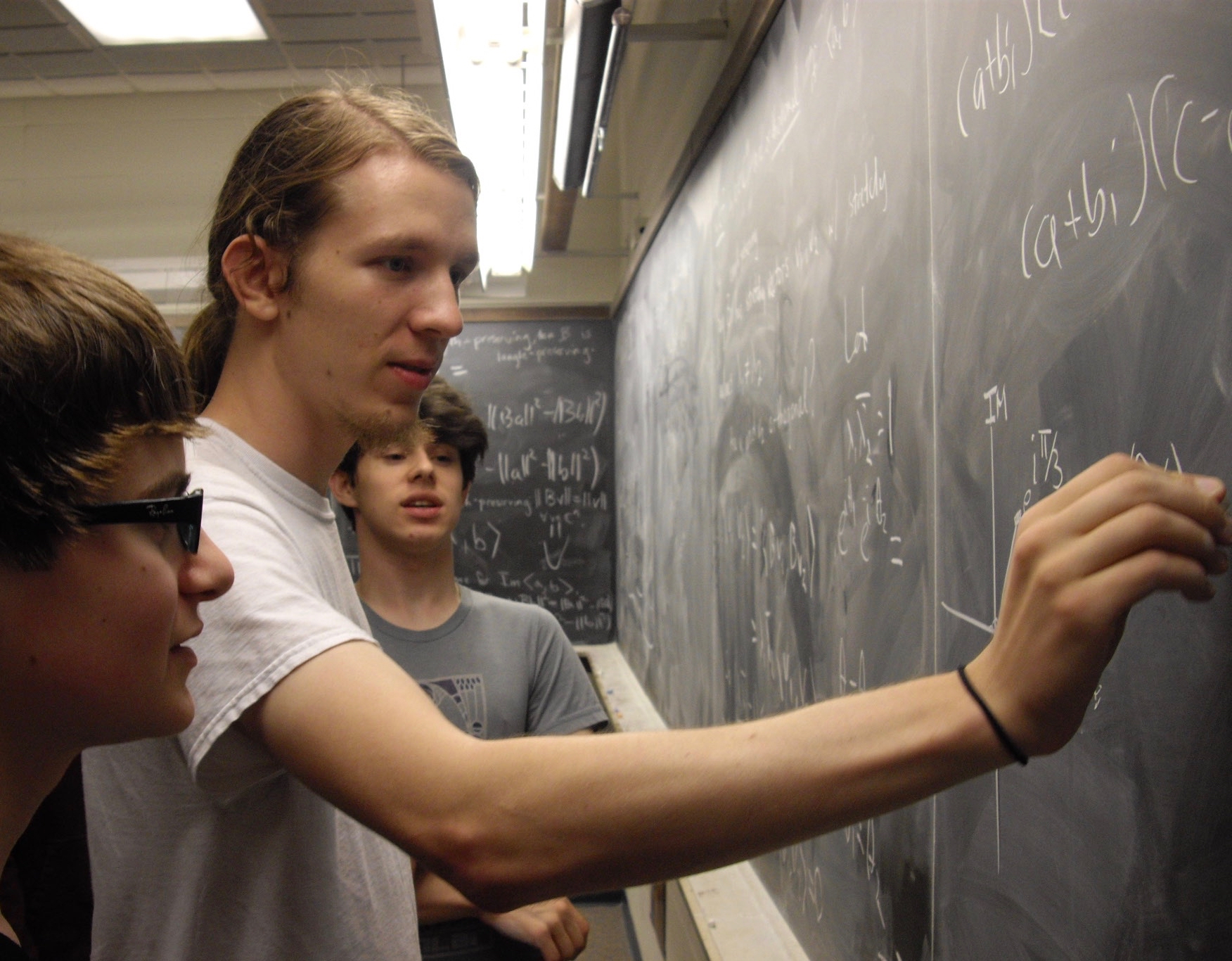 Josh Mundinger, Apprentice Instructor
Josh is a graduate student at the University of Chicago. He loves to listen to and play the piano, and can often be found singing Beethoven to himself. He participated enthusiastically in MathILy 2013 and was an Apprentice Instructor for MathILys 2017--2020.

Corrine Yap, Apprentice Instructor
Corrine is a mathematics graduate student at Rutgers University specializing in probabilistic combinatorics. She graduated in May 2016 from Sarah Lawrence College, where she concentrated on both mathematics and theatre. Although on a Ph.D track, she still hopes to pursue her acting and playwriting interests; her main project is a one-woman show about Sofia Kovalevskaya that incorporates math, music, movement, and foreign languages (see her website for production photos!). 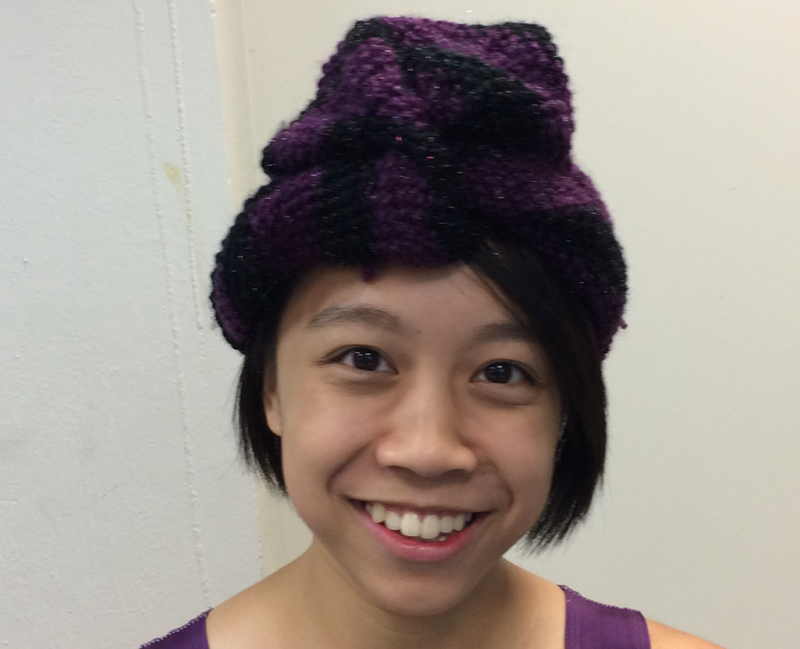 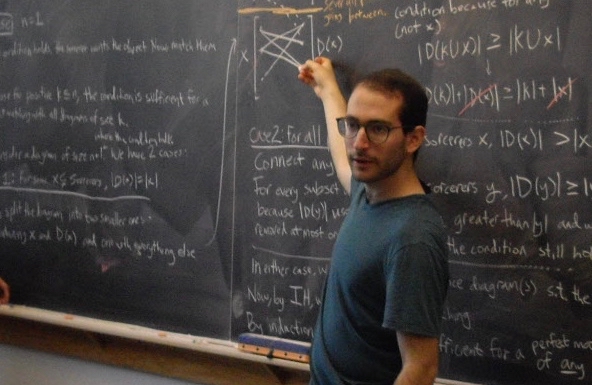 Nadav Kohen, Apprentice Instructor
Nadav graduated from the University of Iowa in May 2018 with a double major in mathematics and computer science. After a stint as a software engineer, he is heading to graduate school at Indiana University. When he has free time, he often spends it thinking about graphs, games, topology, algebra or cryptography. When he has free time with a computer, he often writes computer proofs or studies models for computation. When he has free time and needs to move, he enjoys fencing, ultimate frisbee and getting lost in forests. He participated in MathILy in 2015 and was an Apprentice Instructor in 2019 and 2020.

Kye Shi, Apprentice Instructor
Kye has been flirting with math for as long as he remembers. In high school, he once wrote a Python script to do his math homework for him (because, geez, how many more matrices do you want me to invert?). It wasn't until he attended MathILy in 2015 that he realized what math really was about. In 2017, he attended the IPhO in Indonesia and won a gold medal. He is now a mathematics and computer science major at Harvey Mudd College, where he does all sorts of cool-sounding things, such as digital electronics, Advent of Code, drumming, and wheelthrowing. He was an Apprentice Instructor in 2020. 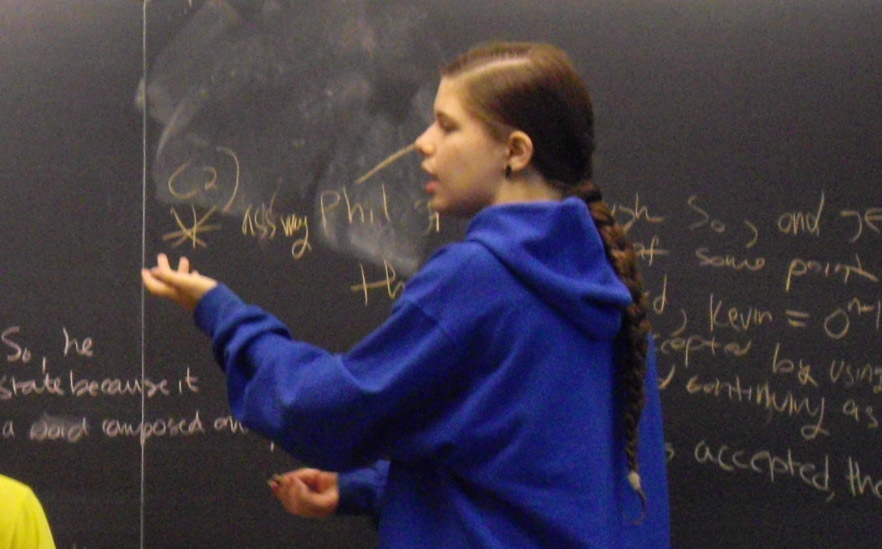 Natasha Ter-Saakov, Apprentice Instructor
Natasha is a graduating senior at MIT studying mathematics (and computer science and education) and is heading to graduate school in the fall at Rutgers University. She participated in MathILy 2014 and 2015 and MathILy-EST 2019. When she is able to, Natasha enjoys fire spinning. At home, she can be found baking and even occasionally assembling IKEA furniture.

Johnna Farnham, PRiME (Protector and Responder in the MathILy Environment)
Johnna Farnham is a graduating senior at Western New England University who is studying mathematical sciences, with education and art minors. She has not attended MathILy in the past but wished she had known about the program when she could have attended as a participant when in high school. Johnna will be attending Tufts University in the fall to pursue a PhD in mathematics. Her areas of mathematical interest include graph theory, dynamical systems, and origami; however, she is inspired by any mathematics that contains visual component that appeal to her artistic side. In her free time, Johnna can be found cooking, baking, or painting.

Patrick Chan, PRiME (Protector and Responder in the MathILy Environment)
Patrick graduated from Loyola University Chicago with a BS in Mathematics this spring, and will be continuing his studies as a graduate student at Loyola in the fall. When he is not being a math gremlin, he can be seen fighting gremlins in tabletop board games, singing some show tunes, or enjoying some arts and crafts.